If you’ve recently watched television past 10:30pm on a Saturday night, then you’ve probably had to endure a two-minute infomercial of “Who’s the Boss” star Alyssa Milano, pleading for donations. The infomercial, littered with images of frail children from across the Global South in tattered dusty clothing, drowned in sappy music, mirrors Sally Struthers 1980’s crusade to emancipate children from poverty through the Christian Children’s Fund. In 2014, ONE.org published a great comprehensive blogpost on why poverty porn, “media which exploits the poor’s condition in order to generate the necessary sympathy for increasing charitable donations or support for a given cause”, disempowers communities from affecting change on their own terms. In spite of the growing criticism of poverty porn and other lowbrow tactics which raise money for nonprofit organizations and NGOs, it’s still effective and may be experiencing a comeback. Even when faced with the scandals of organizations who employ these strategies, like the Red Cross’s failure to build more than six homes in Haiti after the devastating 2010 earthquake, the aid industrial complex continues to thrive. For those of us working in the nonprofit/NGO sector who are truly dedicated to ending global poverty, it’s important to evaluate how our communication strategies for raising funds affects our programs, long-term impact and goals. How have these tactics shaped the way the greater issues at hand are perceived by donors and the public?

The global financial crisis of 2008 had a significant impact on humanitarian and development aid organizations. The steep reduction in funding from government donors has led nonprofit organizations and NGOs to aggressively mobilize fundraising efforts around individual donations and private industry. According to a 2013 report produced by Global Humanitarian Assistance, “the largest amount of private voluntary contributions between 2006 and 2011 came from individual giving: at least US$17 billion was raised from the general public.” Nonprofit organizations and NGOs have been competing for shrinking public resources for a number of years, which has likely contributed to the resurgence of trope-filled media campaigns with the goal of eliciting emotional responses to attract individual donations. The unfortunate reality is that depictions of the poor as incapable victims, only breeds paternalistic attitudes and policy which contribute to the cycle of poverty we have attempted to dismantle for decades. These depictions are also inaccurate and illustrate poverty as a singular experience or event. Nonprofit organizations and NGOs are responsible for providing a truthful and diverse narrative of poverty to the public, rather than distorting it for personal gains. Yes, some of the images we often see on television represent some truth, but we rarely see the other side of the coin. A few months ago I went to a screening of Hubert Sauper’s “We Come As Friends”, held by the New America Foundation. The documentary film followed the paths of multiple stakeholders, all relentless in their pursuit of profiting from the conflict in South Sudan. What was most daunting was the narrow portrayal of the people of South Sudan as helpless, clueless and dependent on the West. Throughout the screening, I continuously wondered why the film hadn’t featured programs like UNESCO’s YouthMobile Initiative and the inspiring young South Sudanese creating mobile applications to address community-based issues like youth unemployment, peace and literacy. My friend Njeri Chumo, founder of the Nairobi Dev School, held several successful workshops in partnership with UNESCO and the University of Juba to provide the youth of South Sudan with a platform to rebuild their country. It’s imperative that nonprofit organizations, NGOs and media makers do a better job of highlighting stories from the Global South which exhibit the self-efficacy, creativity, and resiliency of so-called “beneficiaries.” The more these types of narratives are featured in fundraising and media initiatives, the more public support there will be for humanitarian aid and global development programs which truly empower communities and make an impact.

It’s important for anyone interested in donating their time or energy toward poverty reduction and global development to understand that sustainable development will never be achieved if it doesn’t happen organically and internally. For organizations who want to see their missions come full circle, or those of us in the West who want to support sustainable development goals as allies, one of the most effective ways we can mobilize ourselves is to advocate against policies which contribute to global inequality and poverty. Placing pressure on our elected officials who create policies which propagate poor governance, discriminatory trade deals, structural adjustment programs, climate injustice, corporate dominance, etc., is a great way to be proactive at home. If you still want to make a financial donation to an organization, do your due diligence. Thoroughly investigate an organization’s impact record, annual report, hiring practices (locals versus expats), capacity-building initiatives, mission and philosophy. You can also peruse reviews on watchdog sites like Charity Navigator, GuideStar and Give Well, which provide comprehensive overviews of organizational spending, management and history. Above all, advocate for the voices and causes that equip communities with the skills and platforms to support themselves. At the end of the day, charity is just a sticky and painful band-aid. 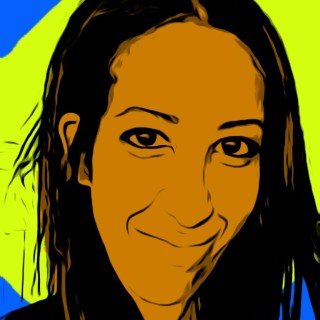